Hello world, after a semester of hardly posting I am back to update... now that it is the day after my final crit I actually have the time!

So, about my final crit- it went really well, I think. Or at least I feel confident in what I presented. Unfortunately I can't show you the models yet because I didn't take a photo of them before they went in for moderation, but I think they're pretty cute to be honest! A teeny tiny version of my building complex and another teeny tiny floor plan model of one unit. They were so fiddly, they were really difficult to fold up... (the 1:1000 building took 6 hours just to fold!) I'll post photos once I am able to take them.

Here are my A0 pages for now, anyway! 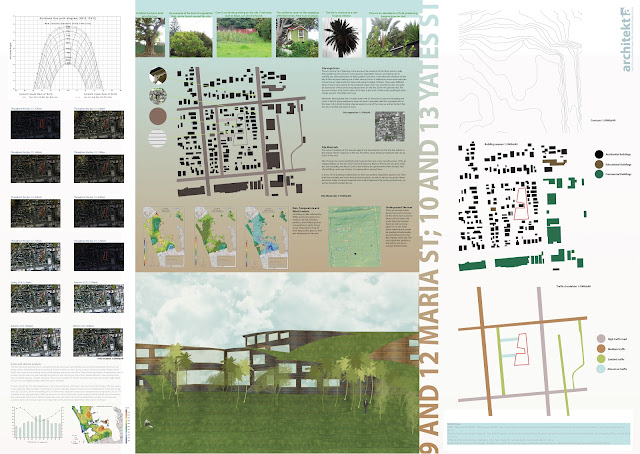 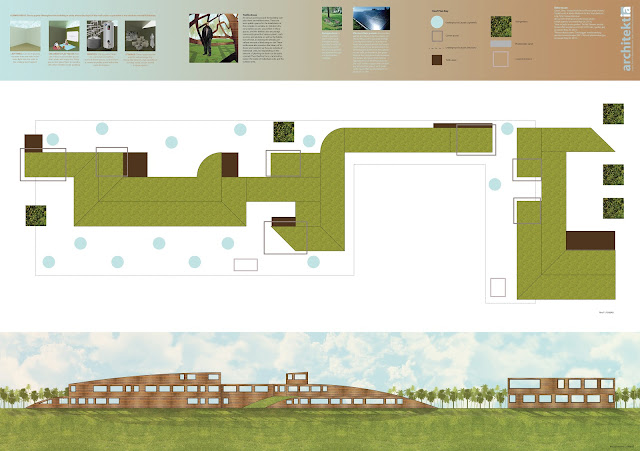 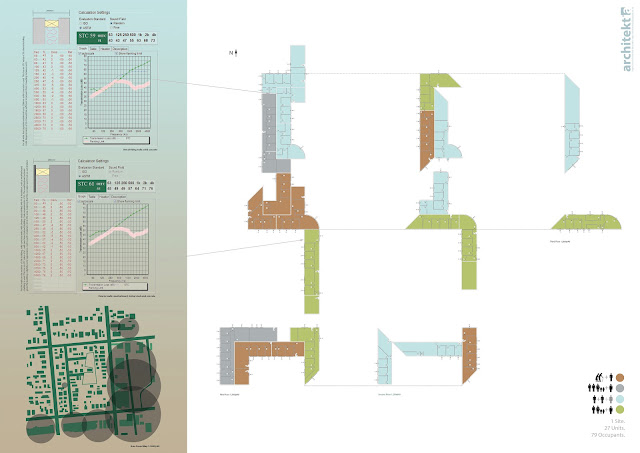 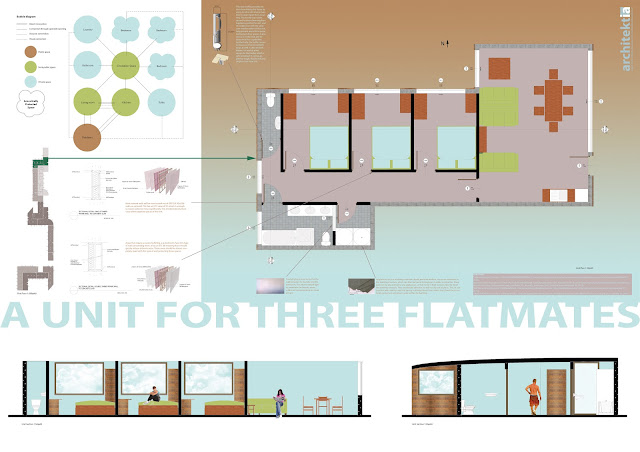 So shall I explain my design? OK- so basically, our site is a real site in Onehunga, Auckland, currently owned by Housing New Zealand. They proposed putting a series of units on the site, however the local community is quite opposed to this plan, as they feel it will tamper with the unique quality of the site.

The site is indeed quite amazing: there are three main things that I picked up from visiting it.
1) How quiet it is- considering that it is right next to a bustling commercial hub including Auckland's Dressmart outlet mall, this is quite amazing. I would say that the most prevailing sound was birdsong, which I thought was quite lovely!
2) The fact that lots of people had their doors wide open: this shows that this must be a rather tight-knit community with a lot of trust and openness amongst neighbours.
3) The amount of vegetation, and the residents interaction with it: cute tree huts, steps cut into trees and a fair few immaculately kept gardens were seen in the general area... and on the site itself there is a small corn field and a bunch of banana trees! These are quite unusual to find in such abundance in an urban area... and I was really exited by this!

One of the main things I wanted to retain with my design was the ability to continue planting... so I created a plan devised of the meandering street map, and placed car parking underground, with a series of light wells illuminating it.

There are a maximum of three levels of units (27 units in total) and the upper levels can be reached by walking on the curving, grassed roofs of the lower levels. There are also Photovoltaic cells in place on these roofs (since PV cells actually work better on green roofs, as they help regulate temperature) and rain gardens throughout the complex, mitigating storm-water run-off an encouraging the community to foster and tend to their growth.

Since the roofs are curved, there are of course areas in the corners of the curve where the ceiling heights will be to low to be occupied. I have devised 4 different types of uses for these spaces:
1) Light wells: these can provide light to neighbouring units and/or the underground car park.
2) Storage: especially useful for things such as bicycles, which would be annoying to store inside the units.
3) Services: piping etc. can be hidden in these 'useless' spaces.
4) Children's play houses: as children are, of course, much smaller than adults, they can fit in these areas, and enjoy them. This also encourages socialisation between the children throughout the complex.

In terms of acoustics, I took one unit and designed it in detail. This was the unit on the north side of the site, and would be ideal for three flatmates. The wall between separate units is solid concrete, with timber studs and insulation on the inside. The exterior wall is identical, except it also has a weatherboard cladding on the outside: this not only enhances the natural theme by being a natural (wooden) material, but also fits into the typology of the suburban architecture of the area, which features many weatherboard-clad typical NZ villas. For the interior walls of the units, there are two types: for acoustically protected areas GIB Fyreline walls are utilised, and for non-acoustically protected areas (such as bathrooms etc.) GIB walls (without Fyreline) are employed. Moreover, the placing of units throughout the complex has been deliberate: I have tried to place the corridor of one unit next to the joining of the one next to it. That way, it acts as a buffer zone for noises between units.